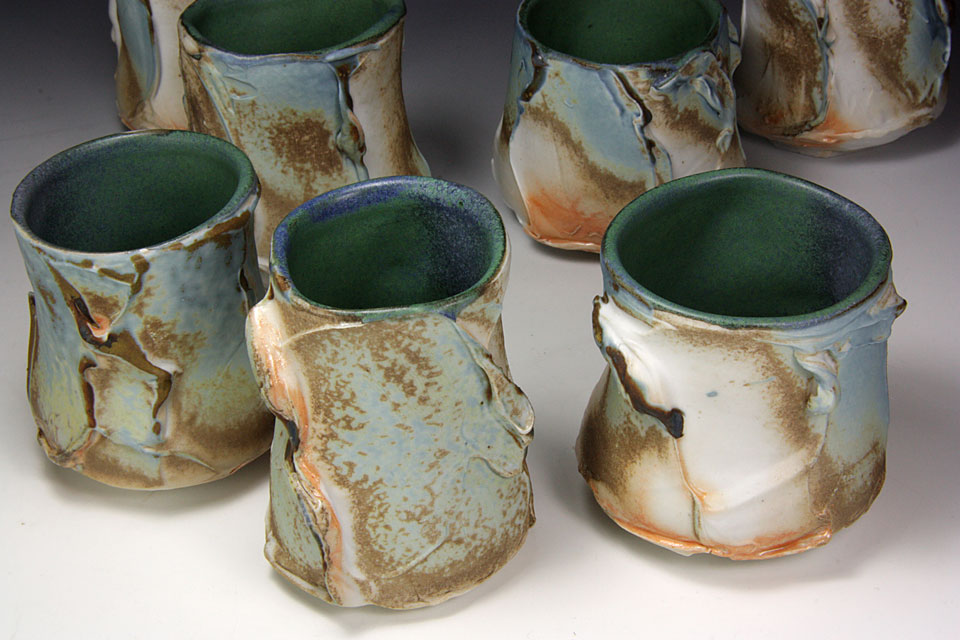 A yunomi (Japanese: 湯のみ) is a form of teacup, typically made from a ceramic material, being taller than wide, with a trimmed or turned foot. Unlike the more formal chawan tea bowl which is used during the Japanese tea ceremony, the yunomi is made for daily (or informal) tea drinking.

There are special pairs of yunomi called Meoto Yunomi (meoto means ‘married couple’). Meoto yunomi usually consist of two cups with the same pattern (sometimes in different colours) but different sizes and often slightly different shapes (the larger cup being the ‘husband’ and the smaller being the ‘wife’ cup).
Meoto Yunomi are a popular present in weddings in Japan.

These teacups are ideal for drinking loose leaf teas such as Gyokuro or Sencha.

While Chawan are wide and short to allow for vigorous whisking of tea (matcha tea) in formal Japanese tea ceremonies, Yunomi teacups are taller than the bowl and not as wide.

These teacups became popular between the 17th and 19th centuries as they were used for drinking Sencha tea. This beverage became popular at that time as it was seen as an alternative to the rigid matcha tea ceremony. These days, Yunomi teacups are available in different variety of designs, shapes, and colors; ranging from the vintage Japanese teacups to the modern handle-less tea cups.

Japanese teas are normally served at lower temperatures (they are not served hot as it is the case in the west). For example, Japanese green tea is served at a temperature between 55°C and 80°C. Since this temperature is low, Yunomi teacup will not burn your hands when you are holding it. In turn, when taking during colder months, you warm your hands by cupping them around the teacup.

For people who are not used to handling cups with no handles, there are a few guidelines you need to keep in mind;

In other words, the comfortable way to drink tea from a Yunomi teacup is to cup both hands on it. After picking your cup, hold the base with one hand as the other one hold the sideways. Drink your tea slowly as you savor the aroma and flavor of each sip.

Dimensions and form of the Yunomi

The cups come in many forms and are usually cylindrical in shape, with the ideal size being between 90 ml to 160 ml.

The cups are handle-less, rather small and cylindrical in shape. 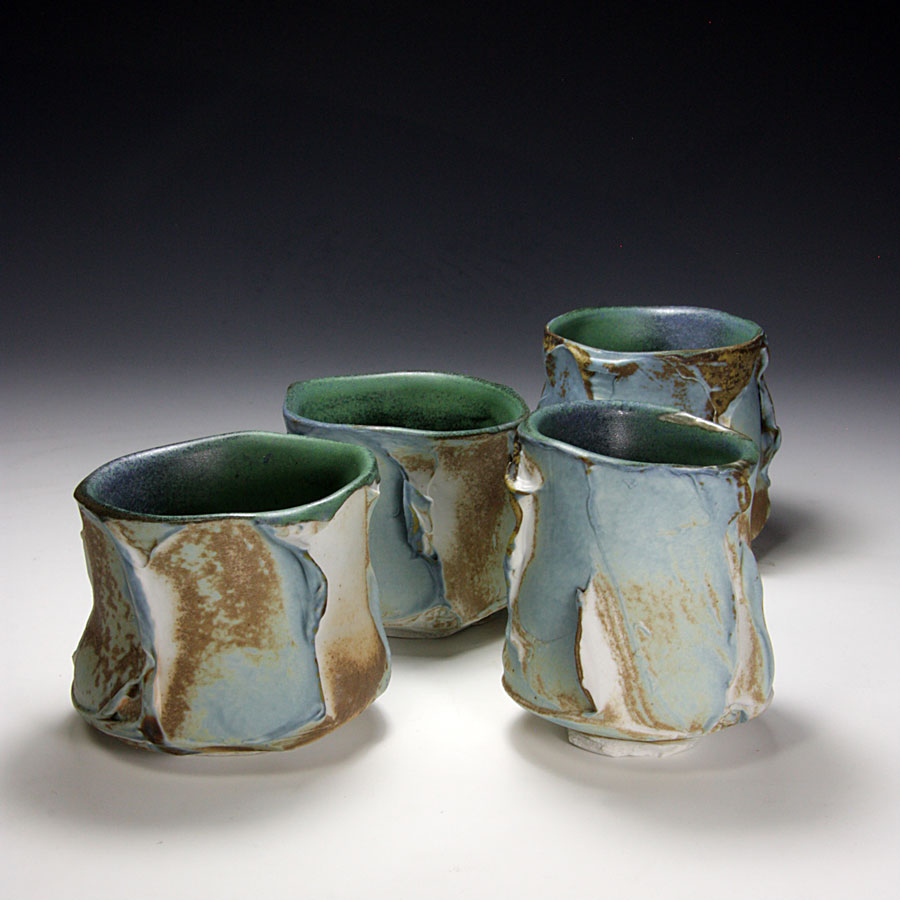